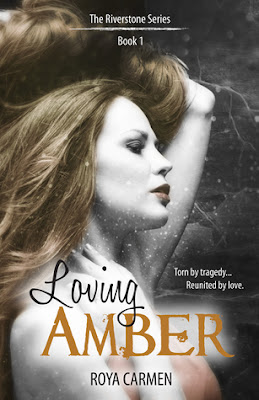 Amber always loved Paul from a young age while Aiden always bullied her. But Amber put up with Aiden hating if it allowed her be a part of their group.
But as adults, Amber loses Paul and her brother in the same night, and Aiden survives. As a result, she can't help but put all the blame on Aiden and vows to keep him out of her life.
As time passes and they are constantly thrown together, Aiden will stop at nothing to prove he deserves a place in her life, and is not the bad guy she thinks he is. After all, he only annoyed her as a child because he liked her.

***ARC received in exchange for an honest review***

From soon on we know this is going to be a story that involves emotions and heart-strings.

Told from dual POV we get an insight into the story from both Amber and Aiden's side. I'm uncertain if I liked this - the viewpoints switched often and during the same scenes and it got a bit confusing that it changed for no reason. I think the story would have had more impact if it was majority the POV of Amber and occasionally changed to Aiden for imperative moments or scenes...

Amber: The poor woman has lost her twin and husband in the same night so I can't help but feel for her. She wants to protect herself and her son and choose the guy who can provide stability and be a good father figure. All through the books she's fighting against her head and her heart. But good grief she certainly pushed and pulled a lot and it got a tad frustrating.

Aiden: He really won me over. He was so sweet and utterly patient beyond belief concerning Amber. I felt sorry for him with how Amber constantly used him. Although I understood why she did what she did, his feelings were taken advantage of in sorts and that's not something usually seen regarding the hero.

Story: This is a heartfelt and emotional story about allowing yourself to be loved and moving on. I found it to be a little slow though. By 40% in there was still no action or romance between the two... it all just took a bit too long to ever occur. Following the climax and drama the story finished up then quickly. However, this deals with the healing process of loss and love, and that is a slow journey so I suppose the tension and emotional warfare is accurately represented by the slow story.

This was a beautiful read and I would recommend it. It's a gorgeous story of the battle between head and heart and the truth about love.