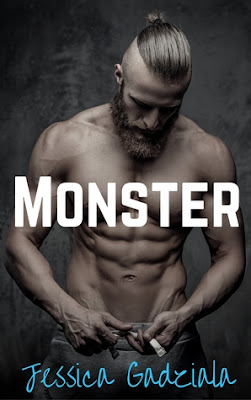 Alex is a hacker. She has a plan. She is dedicated to murdering the man who destroyed her life and caused her mother's suicide to seek vengeance.
Breaker is hired to deal with people, but he never touches women. He didn't realise that when he was sent to kidnap Alex. Soon he has to house her for longer than he wanted and she's a feisty hostage.  But they join forces when they realise they are working towards a common goal, even though it may lead to their deaths. They also have a burning need for each other, which could easily complicate things.

Alex: She's one badass woman!!! For once the heroine is not some weak, poor, pathetic damsel in distress. She is strong and independent and self sufficient. We see this from the beginning with her makeshift security system to protect her little flat from Breaker... not that it really worked. But she is so determined in seeking revenge and will die doing it. She is so smart-mouthed it's fantastic. I enjoyed watching her fight when she was first kidnapped and how she doesn't give in so easily.

Breaker: He's a bad guy but for good reasons. He gets rid of the bad people but that makes him a bad person as he is a killer. He doesn't deal with woman and this shows he has morals although he gets conned into kidnapping Alex, he doesn't use violence once. He is so loyal and takes his word seriously. If he makes a promise he expects to deliver on it. We see the lengths he goes to for his friend, Shooter. I loved reading of the turmoil as he battled up Shooter's safety for Alex's.

Romance: I wouldn't really say this was a romance. A lot was built on lust and there wasn't much of a build up or tension between the pair before they go on with things. There was however the battle of trust. Both characters are used to being on their own and letting someone in is a daunting prospect for them both.

There is a lot of action in this which I loved. There's never a moment where you feel like they are safe or out of harms way and we are constantly reminded of the looming threat of Lex, who Alex is attempting to take down. The writing is decent, with few errors, and the whole story flowed really well, with suitable pacing to allow for some character development in-between the action-packed scenes.

Alex definitely won this over for me. It was a wonderful dangerous steamy read and her fight was so admirable and entertaining.