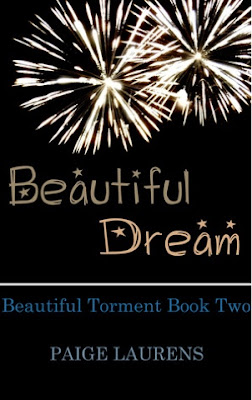 Four years ago Luci fell for her chemistry teacher and then got her heart ripped to shreds from a secret. Now, she runs into Mr Harrington again and agrees to go to dinner with him to hear him out. She can't deny their chemistry is still burning and alive, but she can't get passed being lied to and being hurt. How can she give him a second chance after everything that has passed? But he is not going to give up so easily and will do anything to win her heart back.

"Sometimes, it takes for us to be completely broken to realize what it means to be whole."

So I jumped right into this after the cliffhanger of book one. This is more of a conclusion dragged out than a full blown dramatic novel like the first one.

Luci: four years on she is a student teacher and gets a job at her old high school. Josh is desperate for a second chance but she is hesitant to give him one. However, being back in their old environment helps to reignite their spark and soon they find themselves back in his office like old times. I love that she isn't a pushover and makes him grovel to get her back. She gives him chances and is fair, but she is still hurt by the betrayal and is treading carefully and I admire her strength in not just crumbling at the first apology.

Story: this primarily focuses on Mr Harrington, Josh, trying to win back Chloe. She's being very careful with letting him back into her life. There's the added drama of fellow teacher Brittney threatening to expose the pair were an item when Chloe was still his student. The threat didn't last too long to create much drama and the rest of the story was focused on the two working through their issues.

Josh: in this book we got an insight into his life and mindset from the chapters told from his POV. I wish the writing was more distinct when in either POV as it didn't change depending on how whether it was Josh or Luci. I admired his dedication to winning back Luci and not just giving up and moving on. It was adorable even.

I enjoyed this but not as much as the first one. It was a nice end to the whole story but didn't have the same excitement. Probably as Luci was now an adult and no longer a student so their romance no longer forbidden.