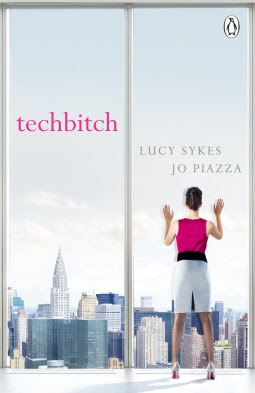 Imogen Tate is the Editor in Chief of Glossy Magazine, but when she returns after six months off due to Cancer, she doesn't recognise her magazine.
Eve Morton was Imogen's assistant a few years ago, but in Imogen's absence she has returned to Glossy after Harvard Business School, and is turning the magazine into an online platform; Glossy.com
The staff have all been swapped for younger tech-savvy models, and Eve is like a rocket with her ideas and innovation, as she attempts to intimidate Imogen to leave. But Eve hasn't got the personal skills or respect required for the fashion industry, and maybe she could actually learn a thing or two from Imogen. But only one can be in charge of Glossy, and they both know this.

Depending how seriously you take your books, will probably determine whether you love or hate this book. The concept and idea is very apt for modern society, and focuses on the control social media has over the latest generation. But, there were downfalls that ultimately made it a little weak.

Imogen Tate: She isn't totally realistic for the role she is meant to be playing. In her early 40's, she should know a little more about technology than what is portrayed - she doesn't know how to even print something.  I find it a little hard to believe someone in any magazine company, especially an Editor in Chief, is that far behind. As far as her lack of social media grace and knowledge, that's a more substantial ignorance as that is a relatively recent development in the past 10 years. As far as her character goes, her weak and timid personality doesn't seem like the type of persona that would rocket to the top of the fashion industry. She could've easily stepped in the way of Eve as soon as she returned, using the authority she actually had to control her magazine rather than just passively letting Eve win... but of course then there would be no story so fair enough.


Eve Morton: She is brazen and arrogant and full with self importance. I quite liked reading about her antics. Totally enveloped in the technology and social media world, likes and comments validate her importance. Her ruthless and horrible attitude makes for a brilliant bitch and reader can hate and seethe at, as she attempts to get rid of Imogen grow more and more desperate and vile.


Writing: The writing in this is mediocre, it's no great literature piece and the story is portrayed fairly simply. There's a lot of fashion world take, name and brand dropping, which if you have no interest/knowledge in, you just skim past it all. But it adds to the authenticity of Imogen's role in the fashion world and adds a good depth to it all. There is good pacing and dispersion of twists and drama occuring, keeping the reader interested and reading until the end. There's also some good attempts at humour which can illicit the random chuckle here and there.

I'd recommend this to anyone who wants a really light-hearted amusing read, and someone who loves a revenge plan and bitchery. Once you don't tear it apart for the flaws, there is a fun modern story to be enjoyed.