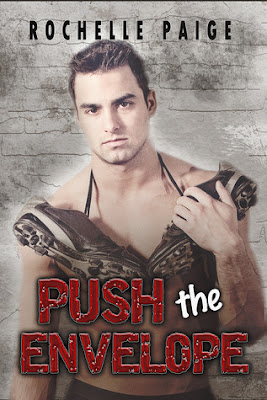 Alexa juggles her studies with flying planes to offer a Mile High service after learning to fly alongside her father. Since having her heart broken, no boy features on her radar until she meets Drake.
Drake could have any girl he wants, and when he spots Alexa across campus before they even meet, he knows he wants her. Not used to being rejected, he doesn't give up in convincing her to give him a chance.

I don't even know if there's much point in writing much else! This was terrible... sorry to the author but this had everything I hate in a book... I really tried to even skim read but in the end it got progressively worse it was a DNF...

Alexa: I don't mind when the protagonist is "weak" etc but Alexa was just annoying and a contradiction. She had her heart broken and so had no interest in guys. But when she sees Drake she instantly falls for him based on his looks - so lust, fairly common. Yet when she turns up to fly her plan and Drake is her passenger, she falls immediately for his charm even though she is meant to have trust issues and not be interested. She lets him hold her hand before anything has even happened and woo her in front of her father! It's just major cringe and typical. If she was so upset and heartbroken from her previous relationship, where was the guarded and hurt Alexa? Instead, we got an absolute push over who allowed herself to just be spoken to and treated like shit!

Insta-Love: PET HATE RIGHT THERE! The pair fall for each other based on first sight. And Drake is meant to be the number on player but yet when he sees Alexa on campus he decides he wants her. And when they do finally get to meet he doesn't try to charm her into liking him, just decides they're going to be together because he likes her and she just happily follows along!!! For someone who's had her heartbroken, she's going down the good route for a repeat!

Drake: He's not even portrayed as being a character any female could like. Apart from his apparent good looks, his personality is shit. He takes on this horrible smothering possessive nature with Alexa in some Alpha-Male attitude that is so unromantic and clingy, I'd run a mile and then keep going. He is also way too deep and chatty for a boy, and even more so for someone who's meant to be the top lad out there. FEMALE AUTHORS, PLEASE NOTE YOUNG MEN DO NOT DO DEEP AND MEANINGFUL, at least not on the first date or in the early stages of meeting someone. Of course, mainly are capable, but it's not a side shown when trying to charm a girl. He is completely disrespectful, arrogant and chauvinistic in how he looks and treats Alexa, but his behaviour is romanticised as if his actions are totally justified and usual. He is the epitome of what I do not want in a guy...

Sorry, but this wasn't for me. Typical, over done, "pretty heroine unaware of her beauty who transforms the man whore into a one woman man with one glance". So much no.  Male character is awful and if that's the example the author is setting for young readers on what is the standard of how to be treated, I worry. This book is all tell tell tell, there's nothing left for the reader to feel or work out. Don't treat your reader like they need everything spelled out on the page for them, it just pisses us off...