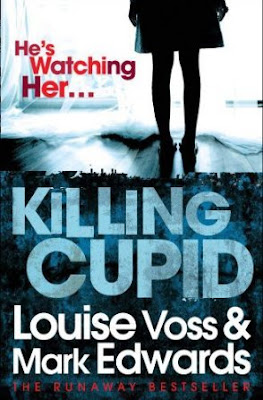 Alex signs up for a creative writing class and instantly falls for the tutor, Siobhan. Fixated on her, he reads her novel and reviews it highly. He finds out where she lives and leaves secret expensive gifts for her, using her own credit card, and even initiating the death of a suspected love rival.

Siobhan discovers Alex is behind everything and warns him off. But when Alex moves on with another woman to embark on a healthy relationship, Siobhan is adamant on seeking revenge and gaining Alex's attention again. How far will the two of them go for "love"?

Alex: Alex was quite interesting but creepy. As soon as meeting Siobhan he decides he loves her and convinces himself she feels the same way. He went too extreme with the stalker acts, even resulting in the death of, most likely, an innocent person. Unusually, he gave up on Siobhan quite soon after realising she didn't feel the same way. It adds to the idea that his feelings weren't genuine to behind with, leading to a little confusion as to how the novel ended...

Siobhan: I didn't like her. She appeared to be the crazier of the two and yet she hadn't committed murder! After Alex moved on with his new girlfriend, Siobhan becomes fixated on becoming the stalker, watching his new girlfriend and even arranging for Alex to be beaten up as revenge for moving on from her! What the hell?! And she didn't care too much that Alex had been in her house a number of times without her knowledge and had been a full on creep.

Ending: So, this culminates in Alex and Siobhan ending up togther, with Alex in prison for murder. I don't really comprehend how the two were meant for each other. Alex was able to move on rather quickly and then didn't KNOW each other either. It was all information by observation.

This was really creepy but just didn't seem real for me. It was too out there and weird for my liking. I don't believe their love was real and whilst the stalker becoming the stalked was an interesting twist, it all seemed too dramatic and over the top... Bit of a let down after the brilliant reads from Mark Edwards.