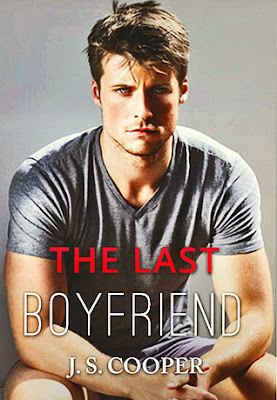 After being messed around, Lucky makes a promise to herself- the next guy she dates will be the one she marries.
Zane Beaumont brings a different date each Friday to the diner where Lucky works. And  he is the last person Lucky would consider as her future beau. But when he rescues her after her car breaks down, Lucky begins to see a different side to him and wonders if she can break the rules for him. After accepting an offer to help him on a project, she gets to know him on another level and she wants more, but he can't give her "Forever". Lucky also catches the eye of Zane's nemesis Braydon, who she feels may be a better option for her boyfriend plan.

I tried to read another J.S. Cooper novel a while back and hated it... I don't know why I thought this would be better...

Writing: The writing in this doesn't flow at all. Time changes too suddenly, jumping 2 weeks at a time etc. The conversations are awkward and dull and even the mood within the conversations take constant 180's that I just got lost all the time with what was happening.

Lucky: We are introduced to a strong, independent woman who doesn't need anyone. She keeps telling Zane she doesn't need a man to look out for her. But yet she turns into a jealous, ditsy, clingy girl from the get go. She's obsessed with Zane before ever speaking to him... that doesn't really shout independent to me. She had no depth, instantly giving up her life to go and work for Zane because she thinks he is hot. When she declines, he just accepts her no and then she gets annoyed he didn't try to convince her... that lack of caring about her answer should have been all the indication she needed that he was not worth throwing her life away for.

Zane: BOR-ING. At first I liked how he was anti-commitment and kept that clear and firm with Lucky. He wasn't looking for a relationship and he gave her a lot of warnings to end things before she got hurt. I was glad that finally a male character wasn't won over after the first kiss to change his mind. BUT OH NO...As soon as he thinks Lucky spent the night with Braydon and then left him, he realises he wants to be with her forever and LOVES her... *sigh* There was no build up or anticipation to this and Lucky, being the walkover she is, just accepted him back etc. I hate characters who just do a 180 for no apparent reason or good character development.

"My head gasket is gone," I sighed as I climbed out of the car.
"How do you know?" He looked surprised to hear me using a mechanical term.

I REALLY hate it when a girl character makes a very basic car remark and the guy instantly is shocked. Knowing about head gaskets is no huge chest of knowledge so if you want a female character to know about engines, possibly learn a bit about them first yourself. Also pretty ironic she's worried about the cost of fixing her head gasket and yet she still drives her car to the point it blows, instantly adding a few zeros onto the end of whatever cost it was going to be initially...

I think Lucky needs to step out of the dating game and her head together. This was a mess, sorry.