REVIEW; The Force of Gravity, by Kelly Stevenson 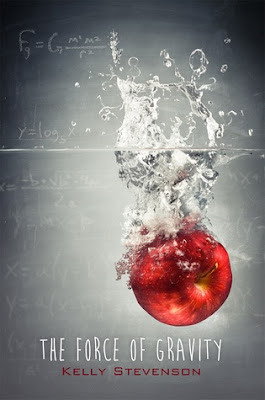 Kaley Kennedy has the perfect life of an 18 year old. She is dating one of the most popular guys in school, got accepted to her number one college and has great friends.
But when her Math teacher passes away and Mr Slate walks in as replacement, she can't help but get lost in his stare and presence. Her home life begins to crumble around her and she realises she is unhappy in her relationship with her boyfriend and Mr Slate becomes her lifeline as her other relationships suffer. It's clear he cares  for her, but what are the consequences if he chooses to cross the line and be with her?

Told from Kaley's POV, we embark on a 400+ page whirlwind journey of risk and addiction.

Romance: I think this is one of my favourite love stories. It's a taboo topic of student/teacher romance but yet this one is treated and explored so beautifully. There's no deceit about who each of them are - they meet as student and teacher so it's all honest and real. There is a little case of insta-love, where the two become interested in each other after just locking eyes. I would've preferred some more interactions at the beginning to initiate some real feelings... but oh well. It builds a suitable and exciting pace as the drama and risk increases and they face consequences for their actions. I got so swept up in their world and the story.

Kaley: I loved her! I liked the strength of her character - she was reasonably popular and dating one of the stars of the school and was perceived as "having it all". But when meeting Mr. Slate she realises what she should be feeling in a relationship and what was holding her back with Tommy. It made her notice the different sorts of love one can have and experience. She also wasn't some damsel in distress over ridiculous scenarios - she had common family issues and concerns that meant she needed someone, but the author didn't get carried away with the plot so everything was "every day issues" in that, they're scenarios that occur in so many lives that makes Kaley a character you can relate to. But, it was still clear she was a high-school student with her insecurities and habit of jumping to conclusions.

Mr Slate: Woah! That man knows self-control. He was the perfect blend of respect and fun. He cared for Kaley and her future and put her needs consistently before his own and still put his career on the line just to look out for him. At times I thought he was a little careless as he was easily shooting himself in the foot and living it close to the edge, and possibly being a little unbelievable. I really wish there were chapters from his POV as I found it difficult to understand why he liked Kaley. She acted her age and was a lot less emotionally mature than he, and I failed to see what the allure was, so reading from his mind would have helped solidify the authenticity of his feelings.

I read this in a whirlwind and was totally sucked into the drama and fell for it all. Maybe some insight needed into Mr Slate's mind to really hit home the affection, and lose the insta-love aspect for it to be a 5 star read. Definitely a great read!