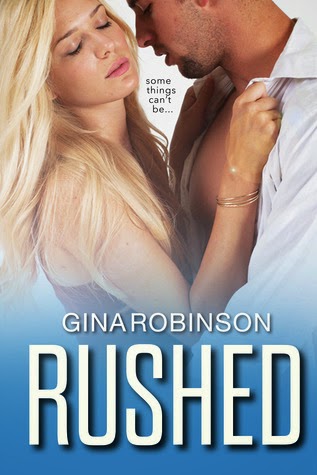 Summary:
Alexis is a sorority legacy due to her mother, and physically she ticks all the boxes for what the leading house want in a pledge. But she feels she has nothing in common with any of the girls and would much rather go for a house that suits her personality... One catch though, as long as her parents are funding her education, she must please them and this includes following in her mother's footsteps and getting into Delta Delta Psi.

This sorority has 4 guys that are known as "houseboys". They are looked down upon by the girls and out of bounds for romantic purposes. But Alexis sets her eyes on Zach and he reciprocates her feelings. However, he needs his job more than anything and if he gets close to Alexis he loses everything. Meanwhile Zach harbours a secret from his past and Alexis believes she'll be the exception and be able to help him, whilst protecting her place in her house.

I read this in one day so that's a good example for how it was an easy read and held my interest throughout. The story is pretty cute and is an enjoyable light read and was exactly what you'd expect from a YA romance.

However...
It just lacked something for me overall. I think it was credibility. Zach's secret is traumatic and everything but the ending was a little bit too coincidental for me, I know it's a writing technique but it didn't have the desired effect on me like I presume it was intended.

The story was too predictable; from the blurb it was clear there'd be romance between Alexis and Zach but I expected more than just love at first sight... kiss...sex..."i love you"... IMO it would have gotten at least 4 stars from me if there was more of a natural build up and not just a jump-the-gun-she-is-the-one thing.

Characters really lacked depth; we got an insight into Zach's world but I just didn't feel for him, I didn't get that pang of sympathy that I wanted to and I can't explain why, but if Alexis had ended up with Dak, I wouldn't have screamed in protest like I have/would at other books.

All that aside though, it still is a great novel. The story is simple but with a few minor twists here and there. It had to be good enough as it took less than 24 hours for me to complete and if there was a follow on book I would probably read it!

Thank you to the author for allowing me the opportunity to read this in exchange for an honest review!
at 17.6.14