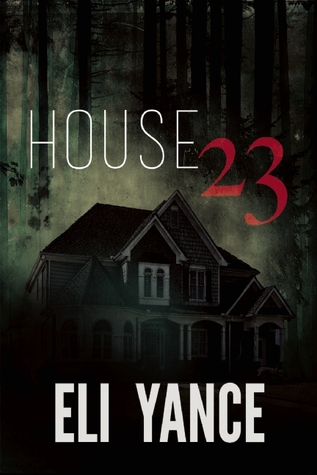 Joseph Lee was framed for his wife's murder. She was bludgeoned to death as he was out cold on the bathroom floor. He wasn't convicted, but that doesn't stop his town from blaming him. Joseph hasn't left his house in 6 months, until a new couple move in to number 23, across the road. The wife looks the image of his dead wife, Jennifer, and Joseph feels a connection with her. Slowly, he befriends the couple and mourns his wife's death. But not everything is at is seems; especially as the real murderer has not yet been discovered.

This started off really promising. There was the initial suspense of who was the real murderer and what was with connection with Zala looking like Jennifer.

None of the plot fitted well for me. My interest was piqued when it was clear there was something more going on with Zala and her husband, but as soon as Joseph uncovered some information it all tumbled in a downward spiral with so much excessive, unwarranted violence.

So much of the build up to the action is also unnecessary. There is a lot that pulls you in; the desire to discover the real murderer for one, which is hardly even addressed. We do find out, but it's a totally new character that is just thrown in at the end with a typical, feeble excuse and reasoning. It all just boils down to an affair and a jealous husband. While conveniently the new neighbours are cons who are squatting in the murderer's house, so it all really comes full circle...

The pacing is a little off. As said, the first part is good as the drama and suspense steadily increases, pulling you in. But as soon as one thread of info is discovered, it all becomes unraveled in one breath.

I wouldn't recommend this novel, unfortunately. It didn't flow well and the whole plot was haphazard and alien.