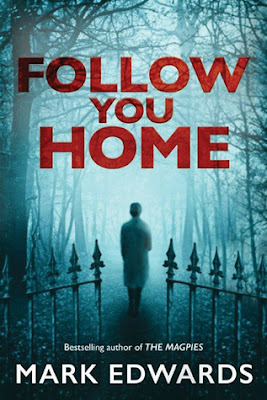 Daniel and girlfriend Laura are on their Grand Tour, travelling around Europe before they return to London and settle down. But on a midnight train, they find themselves thrown off at an abandoned station in a forest in Romania, after having their phones and passports stolen as they slept.
There, they hike to civilisation but not without trauma. Out in the forest, Daniel and Laura witness horrific events that haunt them.
Back in London, Daniel and Laura are no longer together - both suffering and damaged from what happened in Romania. Something they vow not to speak of.
But when Laura feels someone is out to get her, and Daniel gathers proof someone is after them, they have to face what happened in that forest, and wonder if someone has followed them home...

This was so spine-chilling and daunting and really draws the reader in and wondering what happened in Romania?!

Pace: The pacing in this is spot on - enough is revealed leading up to the big Romania incident reveal to keep the reader interested and not just feel like the story was dragging. The ominous tone was set from early on, especially upon the return to London where more strange and unnerving events start to occur. Even after the big plot twist occurs, there's still some crumbs of twists to still devour and it even ends on a big punch! It's unbelievable.

Writing: The story is mostly from Daniel's POV with some insights into various other characters, which builds the suspense as the reader gets to uncover more of the plot before the character does. It's fairly standard, basic writing but I wouldn't say it's bad like other reviews. The timing of everything was well judged and there was great technique in uncovering some information, thinking it's the truth, and then the full story being revealed a while later.

Story: This is a great story. It's extremely dark and disturbing and so evil! I wasn't totally on board with how Laura and Daniel reacted back in London, vowing to keep it all such a harbored secret. I could understand Laura's shut down coping method, but ultimately, it felt a little off in their reactions.

This was a whirlwind of a read that will leave you feeling like you've been punched in the gut. It's scary and so unnerving, but captivating and addictive as it lures you into their paranoia and wanting to uncover what they saw in Romania. Definitely recommend for any mystery or suspense lover!