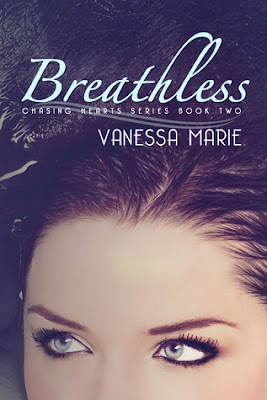 Charlie and Sam have beat the odds of forbidden love and Charlie's heart issues. Sam fought so long to prove he wasn't going to leave Charlie and she's fought against herself to believe him.

But Charlie cannot scare off the constant issues that arise from her heart and realises her life may be shorter than she expected. When the usual life drama also rears its head, Charlie is left in a constant spin, trying to stay above water and protect everyone she loves - even if it means hurting herself.

I don't know what I was expecting with this one after Heartless. But I felt a little bit let down if being honest. It got so many 5 star reviews but I'm just not really feeling it.

Charlie: In Heartless I really felt for her and thought she was such a strong and admirable character. However her persistence to push people away again and again got a little tiring. She seemed so much more immature in this than before. It all seemed too repetitive in the same emotion and I got a little fed up of her predicting how others would react as that seemed to be all that Heartless was about.

Romance: I didn't really feel the same attraction/envy of Charlie and Sam's relationship like I had before. The only drama involved was Charlie's tendency to confide in Jules before Sam... but that's about it. It just never had me swooning or squealing.

Story: Was quite predictable this one. Just see-sawing back and forth between Charlie being in hospital, being scared, shutting Sam out, kissing Sam, being happy, being sad, being in hospital etc etc. It felt forced and didn't follow the same punch Heartless had. On the other hand, it did have positives and little points here and there had me react and I did overall enjoy the story, just not as much as I had hoped.

The characters had little development and just seemed so plain and uninteresting. I was hoping to see another side of Sam too, and more into his mind and way of life, but it was just totally focused on Sam who played the same record.

Now, I understand Sam is going through a LOT! I totally recognise that, but for a read, one can't help roll their eyes as she throws out the same arguments and lines for a whole other book - so unnecessary.

Despite everything, I do recommend reading this if you enjoyed Heartless. It finishes the story off well and there is a good finish to it all, although a little sudden. The writing was a lot more improved than in Heartless which is a bonus.