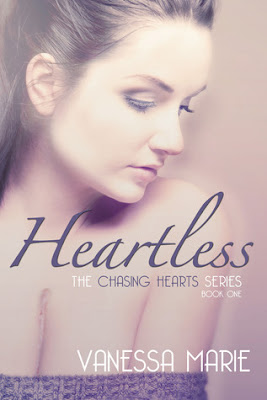 Charlie has lived her life moving from place to place as her father moves with the military. She is finally excited to move when she discovers she will be returning to her original home town and will be reunited with her best friend Julian.
Not having any interest in boys, Charlie can't help but give into the attraction she has for Sam - a cool, light-hearted 25 year old she meets in a cafe. But Charlie doesn't like letting people in and is always expecting to be let down. Sam manages to break down her walls and discover glimpses of her harsh youth and loves her for it.
But just as they seem to be on the same page, Charlie starts back at school. And Sam walks into her Creative Writing class... as her teacher.

Writing: At the beginning I couldn't help but cringe at the writing in this. The forced wit and banter among the characters seemed juvenile and childish. I'd really suggest re-writing the first 1 or 2 chapters as they just are such a turn off. However, as the story progressed the writing did also. The torment of life that plagued Charlie was described so emotively and I could really sense her suffering throughout.

"Life is bullshit. It's not sunshine and fucking rainbows, it's dark clouds and acid rain"


Story: Regardless of any drawbacks, this story drew me in and kept me up late in order to finish it. I immediately bought book 2 to continue their story. Sam and Charlie had such a rich relationship in the first half, and it was painful to read their pain when they realised their new situation. Throw in the drama of Charlie's health and it's just a rollercoaster of emotion! This also really went beyond the usual teacher-student romance. I liked how it developed between them two initially and the chemistry that pervaded the novel.

I loved this a lot. I'm so glad I stuck with it even though my first impressions were quite negative. There is such a beautiful, heartwrenching love story that unravels in the pages of this. It is a little heavy dealing with difficult topics and the struggles of life - but an amazing read. Definitely recommend!