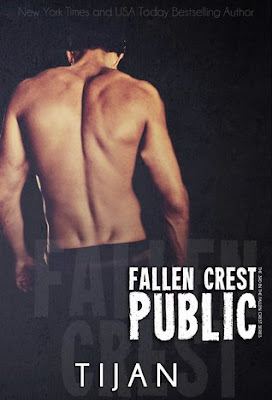 It's the last semester before Mason Kade heads off to college. Sam is starting in their school and has to face the predicted obstacle of not being wanted there by the popular crowd.

Trying to fend for herself, Samantha has Heather who helps her out with a mutual hatred for Kate, who is hellbent on ruining Samantha.

Meanwhile Sam is trying to keep Mason and Logan in check from being involved with the rival gang of Broudou's... and the situation isn't helped when one of the brothers has his eye set on Sam.

This was definitely up to the standard of the first book! I loved it so much. It had everything I originally loved with the whole story.

Sam: She got her spunk back in this book. She definitely seemed stronger and more able to stand her ground. Maybe not every time, but she wasn't as broken as she was in the last book and this really supported her character development as she gets stronger with the more that's thrown her way. It definitely helped that she had Heather, a girl friend she could properly rely on to have her back.

Story: Oh wow the drama in this was just so addicting! Every second there was something being thrown Sam's way and I secretly enjoyed Sam and Mason's relationship being put to the test. It always flowed so well and it was sort of redeeming to see it struggle slightly and there be a little fight on their hands. Add in the Broudou brothers... I loved that dynamic between them and how opposite they were. It worked so well for me rather than them just being a pair of cold asses!

Ending: *JAW TO THE FLOOR* WHAAAAAAT?! Okay, I'd like to say this totally surprised me... It didn't surprise me what Tate said as honestly, I got that impression too but always dismissed it as just being... nothing. BUT THE FACT IT WAS FINALLY ADDRESSED AND IN TYPE! Just got me so hyped for the next book to see where the story went and what drama would ensue. I think it worked a treat. Totally drew me in!

As per everything I read by Tijan - I recommend this series entirely. Probably my number one series at this rate. Totally head over heels for everything they're involved with. It's just so addictive! I could go on and on but I really don't want to give any spoilers away.