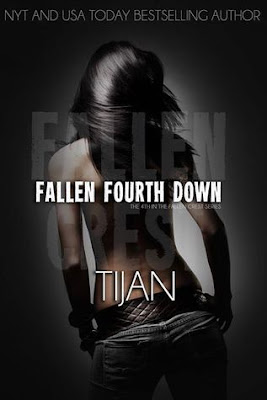 Mason Kade has left for university, and Logan is left to look out for Sam. But after what Tate told her, Sam wants to keep Logan away in an effort to protect everyone.

Trying to keep her relationship alive despite Mason being so far apart, Sam doesn't know what to do. Meanwhile Mason is met with a girl from his past, adding fuel to the fire as he fights for his relationship to stay alive.

Is this finally it for Mason and Sam? Will the secrets wedge them apart or will their love triumph over distance and gossip?

So disappointed with this one! There was such a good route to have tried to go down and it was just abandoned and instead filled with boring story filler.


I can't really break this review up into specific parts like I normally do. I kind of expected more drama between Logan/Sam/Mason but instead it was sort of weakly executed. I didn't want any cheating but everyone can tell Logan loves Sam in some manner.

After Sam had regained her fight in the third book, she certainly lost it again in this one. She was way too co-dependent on Mason and acted like she couldn't function with him gone and then obsessed over the Logan drama. Get some bloody self-control and own yourself! She just seemed like a pathetic needy teenager rather than a woman in a loving relationship. Although the distance was there, they knew they'd be seeing each other so just get out of your slump and deal with it.

It all just got too annoying by this stage.

Even the Kade brothers seemed to show a more sensitive weak side as if they weren't those same brothers as in the first book! There was a lot less tough guy and a lot more emotional dealings and I'm not sure if that worked or not. There just seemed to be a lot more of me wanting to through my kindle across the room during this than I have previously...

This had the same feel as the second book - merely a story filler. I was really expecting a LOT more but still did enjoy the story nonetheless. That cliffhanger though!! I will definitely be finishing this series though regardless of feelings about this one.