REVIEW; The Experiment of Dreams, by Brandon Zenner 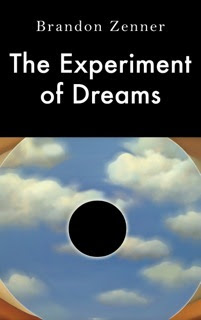 Ben Walker's life ended with the death of his wife. Passing his days with alcohol, he earns extra money by being test subject to new drugs and sleep related studies due to his migraines and ability to lucid dream.

When offered a new job to be a part of a highly paid, top secret experiment, to test a machine that can record and playback dreams, Ben can't resist the financial benefit.

With the added perk of being able to travel the world with his job, Ben soon meets Sophia, the first woman that has caught his eye since his wife's passing. But not all is what it seems. Ben is being watched and kept in the dark about a lot of things. When one of Ben's dreams sparks panic and outrage, the truth begins to unravel, and Ben is put right in the path of danger.

I downloaded this book from BookBub as I love psychological thrillers or novels surrounding dreams and experiments. After falling into a lull of reading NA Romance, I chose this to break up the cycle and WOW! It reminded me why I love these type of books so much.

Story: The plot in this is so original and fascinating. The idea of Lucy - the dream recording machine - is amazing and the amount of scientific explanations for everything in this make it so believable and plausible. From the start the reader is thrown into a whirlwind of drama and suspense, not knowing when the dangers will present themselves. I love anything to do with how the mind works and this novel really explores the nitty gritty about dreams and the states of mind. It's actually unsettling to read about how easily one can fall victim to their own mind.

Ben: Immediately I felt for Ben; his tragic past and his lethargic and vulnerable state made me care and worry for his safety. With the added uncertainty and untrustworthy vibe from the Dr, Iain etc, I was constantly on the edge of my seat waiting to see what they'd do. Zenner has gone into such great but precise detail with describing the tortured and depressed mind of Ben, suffering still with the loss of his wife and how he coped, or failed to cope, with her death.

Writing: I'm a big fan of the writing in this. I really got the sense every single word was chosen specifically, like in poetry, rather than just in a haphazard method of writing in a stream of consciousness. The level of description, even in basic passages is astounding and so emotive, but it doesn't lull. I was never tempted to skip a paragraph like I normally would. The story often jumps back in time as more is revealed to the reader and I liked how this was displayed subtly;

"A younger Iain Marcus and Michael Bennet approached Drapery Falls in the dead of night..."

Rather than stating "X years ago...". Great examples permeated the novel of perfect "show not tell" execution.

Ending: The last 30% of this flew by and was filled with shocking twists. I don't know many times I shouted "Oh. My. God!" when finishing this. Not only was there a surprising ending, it was wrapped up so well that it didn't feel like the story just ended.

The Experiment of Dreams has made it onto my favourites list. From the beginning to the end it's a complete rollercoaster of suspense. There's so many little twists incorporated and it's not a predictable read in the slightest!! Definitely a stand out novel.