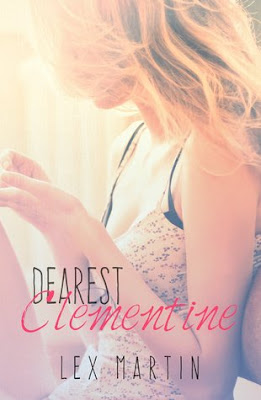 Clementine Avery has had her heart broken and her trust killed after catching her boyfriend and best friend together. After shutting off from dating and boys, bitch is her go-to mode. Not afraid to be hated, all she's focused on is protecting herself. Meanwhile her world is rocked when the professor who attacked her returns to university and has a vendetta against her.

Having mistakenly signed up for a Romance Writing class, Clem realises she is inexperienced to produce realistic content. In walks Gavin Murphy; an RA and musician, Clem is under his spell as he helps her relax and experience the romance of a college student she can write about. But is he helping her just as a friend or does he want more? With the mystery of a missing student still unsolved, and Gavin and his ex-girlfriend working together to help to solve it, Clem wonders if she can really fall in love again, or if she's bound for a life-time of hurt.

*** Warning: There is explicit language but also scenes of abuse and other adult/triggering topics in this novel ***

This book grabs your heart, makes you laugh and fall in love with everything and then destroys you along the way.

So it's got nearly 6,000 ratings on GR with an average of 4.19 so clearly this is worth the read. When I managed to get it I was excited to read it as it seemed good and juicy, but I didn't expect it to suckerpunch me and cause a book mourning when finished.

Clementine: Okay, let me start this off by saying I felt like I was reading about me! Clem wrote a best-selling YA novel about her first year at college and had it all written in diary format... I have been converting my diary from my first year into a draft to construct eventually into a novel! And then so many of her mannerisms are exactly like mine. How she closes off from people and her generic mode is bitch to play it safe (okay I'd like to say I'm not a bitch but I am to sleazy guys in clubs). How she lets things slip when comfortable with Gavin and totally unsure about what everything he does/says means. Yep- can totally relate to her.


This is exactly how I felt about sex in my latter teen years, that no one really understood. I was terrified by that vulnerability and was scared of trusting someone I cared about that could use it against me to cause hurt. Reading Clem's mind about all of this was such a comfort to FINALLY, after so many YA/NA novels, find a character that hit the nail on the head in describing the hesitancy associated with it.


Gavin: Hrmmmm. Maybe not a popular opinion but he sort of irritated me at times. I'm kind of over the ideal Prince Charming Syndrome that Book Boyfriends have- they're sort of ruining my expectations in real life. I will fully accept that there are men out there that don't pressure the girl the love into doing anything... but... is there really a young guy that doesn't even ask? Or flirt about it? Or jump at the chance when their girl offers it up to them? I'm tired of the whole scenario where girl decides she's ready but the guy is still hesitant. Anyone my age I know literally can't think with their brain when they're excited so I can only roll my eyes at guys being hesitant in books. (Maybe I'm hanging around the wrong people.)


Young Love: When I was little I thought this was romantic. Now that I'm 20, I don't. A bit of a cynic, I kind of ruin these stories by not buying the love. At this age I don't think you can be sure you're in love with The One and being with someone that serious will hold you back from pursuing where you want to go in life... rant for another day, but I feel like there was too much emphasis on their love being the most perfect thing and being meant for each other that it took away from the spontaneity and fun of their romance.  I wanted more of that rough spur of the moment hunger felt in "The Stacks" over the careful and deliberate certainty at the end. Just a bit corny for me...sorry!


Writing: Lex Martin has the writing of NA down. It was so easy to read, but not necessarily simplistic language. Things weren't spelled out and the Show-Not-Tell aspect was aced. And there was no annoying super hot and better at everything best friend! There was no petty or unwarranted drama and deep down Clem was a tormented character. There was a suitable pace (although an agonising wait for Gavin and Clem to cop on!!) that held my attention and the moments of suspense and mystery were very well placed to keep the story rolling. And of course, there were a number of moments where you wanted to shout at Clem or Gavin to stop being stubborn and say the right thing- but if they did there'd be no story!

I was flipping between a 4 and 5 star rating, but any issues I may have had are clouded by the mourning I'm in whilst writing this. I read 82% in the one day (finally had to accept that it was late and I had to be up early) and finished it in no time the next morning. Characters were real and authentic, plot was executed beautifully, and there was a gorgeous romance. This a book to remember and a highlight of 2015. Also in love with the cover and colour scheme!