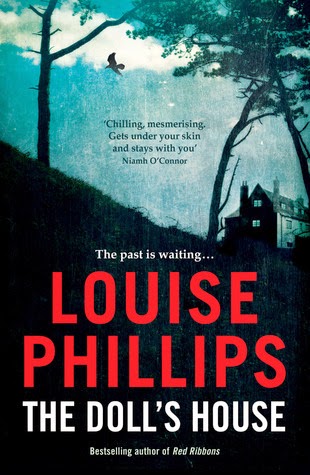 Criminal psychologist, Kate Pearson, is called upon for her help on a murder in Dublin city centre, where the victim was brutally stabbed and then drowned in the canal. Another murder follows in similar style and Kate and her team aren't any closer to stopping the killer.

Meanwhile, Clodagh McKay is battling with her own demons. A recovering alcoholic in an abusive marriage, coping with the death of her mother, whom she had no bond with, and having driven away her own daughter, Clodagh takes matters into her own hands and attends a hypnotist. With his help, Clodagh regresses and attempts to uncover the secrets of her family and childhood, unaware the danger she is surrounding herself in.

Her father supposedly committed suicide thirty-five years ago, and now men in his circle are turning up dead, and Clodagh wonders how she is connected to them.

My Thoughts:
Red Ribbons was a huge success for me and I was excited to be reading Phillip's next novel. I had hoped to have enjoyed it just as much but unfortunately it was a let down to my expectations.
Still judging the book in its own right, I couldn't ignore the details or aspects that hindered my love for this novel.

The novel overall was still very good though. The insight into Kate's life makes her character come to life and more human as we see her life beyond her career. There are both minor and major plot twists, some of which are integral to the story, others which don't hold much importance.

I would still recommend this novel to anyone that loves thrillers and mystery. There is a solid story-line with twists and turns and I look forward to reading Phillips' next book.