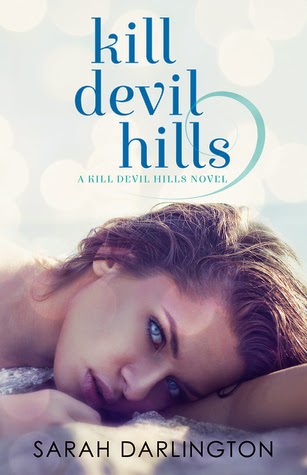 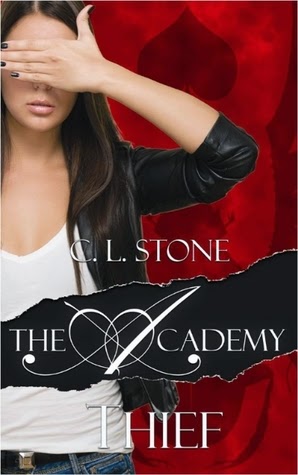 REVIEW; Weddings Can Be Murder, by Christie Craig 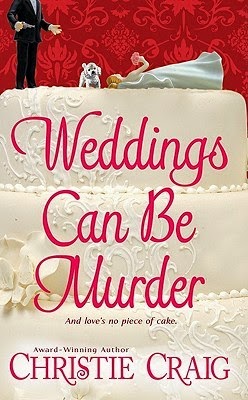 Katie Ray is suffering from pre-wedding nerves but when she accidentally flushes her $8,000 ring down the toilet, she begins to wonder if it was an accident after all.

Wedding planner Tabitha Jones suspects she knows who is responsible for the disappearance/murder of some of her brides. She rings PI Carl Hades for help to investigate her suspicions.

Soon, Carl and Katie are locked in a room together in Tabitha's house, following the wedding planner's murder and hiding from the murderer. In their hours of being locked up together, Katie starts to doubt her engagement and Carl begins to feel for a woman again.

Meanwhile, Katie's best friend, Les, and her fiancé, Joe, unintentionally meet up, unaware of who each other is, and form an undeniable connection and spark. When Katie and Carl escape, they battle their feelings for each other whilst trying to remain safe from a serial killer and Les and Joe have to determine what they feel for each other too.

My Thoughts:
Am finding it a little difficult to formulate my final opinion on this book. It definitely had both plus and negative points for me.

The overall idea about the wedding killer was interesting but it felt a little underdeveloped. The murders were such a crucial aspect but yet towards the end it all kind of rushed together about who it was and it felt a little unexplained as to revealing the motives to the characters. The novel didn't have a definitive genre; I expected a romance with murder element but there was a stark contrast at times, with the mystery level disappearing for few scenes and then re-appearing as convenient.

Katie and Carl had an intriguing attraction but it got a little annoying. Carl wasn't one to commit and she was a "Good Girl." It got a little tedious of the two of them flicking between having sex and then Carl claiming he can't be with Katie as he'd hurt her; it's just a generic plot that's overused nowadays.

As well as their main romance, there was the drama between Les and Joe. I think this was necessary to show how neither Joe nor Katie harboured true love for the other and verified their break up was the right thing to do. However, there was drama between Katie and Carl so it would've been nicer if Joe and Les had just cut the suspension.

There were too many scene cliffhangers. Suspense is all good in small amounts but it permeated the whole novel and certain events dragged out a little too much. There were also a few errors/typos; eg Both Tami/Tammy were used as spellings for a character's name.

Although that all sounds negative, it was still an enjoyable light read. As a free e-book it was fairly decent. There was an original concept but it was the delivery that let it down. There were a lot of moments that made me laugh and I really enjoyed the chemistry between Katie and Carl when they were locked in the storeroom together.

Would recommend to any romance/mystery lovers that need a light and easy read to break up a period of heavy reading.