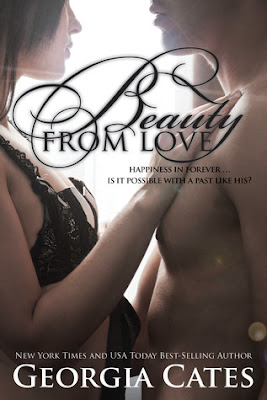 Laurelyn has finally become Mrs McLachlan and they've finally got their happily ever after. They've conquered every obstacle and their love is stronger than ever.

But Jack's history refuses to leave him alone and it's beginning to get to Laurelyn. How many more times can she be faced with his past? And what will happen when his past refuses to stay there without a fight?

Can Laurelyn learn to accept all that is thrown at her that may threaten their marriage and will their love come out on top?

Jack and Laurelyn, my new favourite Book Couple. Thankfully I was able to finish book 2 and dive straight into their final installment and was eager to find out what new dramas would get in their way.

As this is the final book there's less I can go through as I've really exhausted all there is character wise in my previous reviews. One thing that's been executed very well is the character development. Cates really knows who Laurelyn and Jack Henry are and they don't stray from what you expect them to be like. Their personalities are really grounded and their quirks remain constant, all contributing to an extremely plausible story and I can't help but fall for them even more!!

Thank God for Addison too! I love her and wish she was present a lot more. Any time Laurelyn let her emotions take the better of her and lash out at Jack Henry, Addison always made Laurelyn see sense. I think she's a wonderful best friend.

I was unsure re the story in this book. After two crazy novels, I was skeptical as to what drama could happen in this that would seem realistic and wouldn't just drag their story out.

Being honest, for the first half of the book it just seemed like the same old drama being churned up and Laurelyn reacting as she always does. Thankfully, the second half did pick up immensely and I raced through it. But maybe this would've worked better at half the length? I did start to skip the love scenes just as they were the same and dotted throughout at annoying parts. They felt more like a filler in this than an actual component of their story.

However, I'm glad there was a third book. It was nice being able to read more of the HEA after the wedding stage and smashing the usual cliche that once you get married everything is hunky dory! They still had their struggles but also continued their lives and it remained a beautiful read.

I'd definitely recommend completing this series with reading this. Although it's more like an extended epilogue, it's well worth it. I like completing stories and I'm so glad I know how their story ends. May not be as exciting as the first two, but so worth the read!