REVIEW; The Boy Who Sneaks in My Bedroom Window, by Kirsty Moseley 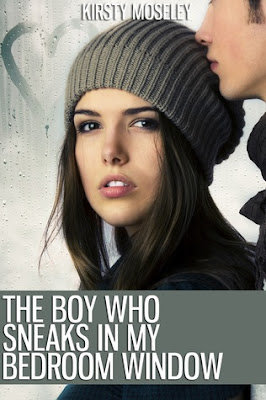 Amber and Jake Walker have an abusive father. One night when Amber is crying, Jake's best friend Liam spots her from his room, and goes to comfort her. For eight years Liam goes to her every night, to sleep with her as a comfort blanket. But both can't sleep without the other.

When Amber is 16, she finally notices her feelings for Liam, as he admits he's always loved her. But Amber is still scarred deeply from her father's actions, and Jake does not want his best friend dating his sister.

The pair embark on a rollercoaster relationship, that is set to face bigger obstacles than Amber could've imagined. Especially when her father isn't totally out of the picture as she had hoped.


I've had this in my wishlist for about two years as the cheesy title always put me off. As it turns out, I should've read it two years ago as it is definitely more for YA than NA.

Amber: I really don't know how to feel about her. I sympathised at the start of the story but her "scarring" didn't seem so real. She hated to be touched but yet had no issue with Liam sleeping with her every night and holding her? Okay, so I'll allow that he was comforting her at the start so she grew up with his hold, so that may be understandable. But then she purposely dressed in a short skirt to show off her legs etc for attention? Doesn't seem like the actions of someone that had been abused and molested. There wasn't much focus on the actual psychological scarring she was meant to have suffered, apart for her dislike to being touched. In every situation some guy comes on to her, and when one forces himself and kisses her, she's not upset because it triggers memories- no, she's upset because he stole her first kiss. *rolls eyes*

Liam: He seems cool, sort of. But a typical 18y/o "hot" guy that everyone pines after. I didn't like the double act with him and Amber. In the day he was a player, but night time he went to her and comforted her. I just can't comprehend how she could let him in every night to be that close, and not feel anything for years and let him after he was an ass to her in the day. It was the whole "boys are mean to you because they like you thing," and it seemed so childish.

Story: Overall, there was a substantial story and I did read the book quite quickly. It would've been better if it weren't so childlike, but maybe that's the target audience. After pages of cheesy flirting, there was little to no sexual content in detail, making me presume it is for young teens. But even still, it didn't take Amber long to make the plunge with Liam, even solely for being 16, never mind the abuse on top of that. I think the whole story line and subplots that I don't want to give away, would've been more suited if they were 20 and 18 rather than what they were. I didn't like how they sought their revenge either. As spoiler free as I can say it- they should've called the police back when Amber was 13 rather than letting her father roam free and possibly target others.

I'm torn with this book. It had tons of potential and I did really enjoy it. It just wasn't executed brilliantly. I think I would have loved it a lot more had I been younger, and more into swoony young romance, but being older it was just "meh." I would recommend this book though, but to younger adults/teens rather than the mature reader. It's still an exciting and dramatic read regardless.