Continuing with a post of my Top 5, I have my favourite series that fall under Young Adult Paranormal. Again, I haven't listed them in an exact order preference as they all have their perks! 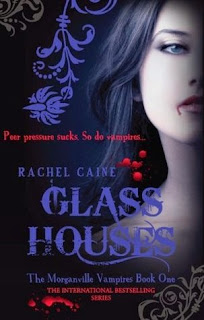 "From the author of the popular Weather Warden series comes the debut of an exciting new series set in Morganville, Texas, where you would be well advised to avoid being out after dark.College freshman Claire Danvers has had enough of her nightmarish dorm situation. When Claire heads off-campus, the imposing old house where she finds a room may not be much better. Her new roommates don't show many signs of life, but they'll have Claire's back when the town's deepest secrets come crawling out, hungry for fresh blood. Will she be able to face the town's terror or will she drown like everyone else?"


I remember picking this book because the cover was glow in the dark (different version) and it sounded fairly interesting- but oh I was hooked so quickly. I love Rachel Caine's writing style and immediately fell for all of the characters. There's such a good dichotomy of love and chaos and the story is all through Claire's POV. The town of Morganville is built so strongly in description and remains vivid throughout the series. Ending usually with cliffhangers after a whirlwind of action and drama, you'll be hooked from the start. 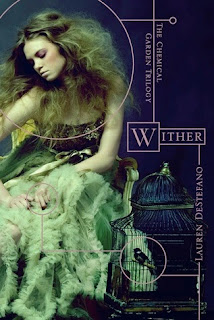 By age sixteen, Rhine Ellery has four years left to live. She can thank modern science for this genetic time bomb. A botched effort to create a perfect race has left all males with a lifespan of 25 years, and females with a lifespan of 20 years. Geneticists are seeking a miracle antidote to restore the human race, desperate orphans crowd the population, crime and poverty have skyrocketed, and young girls are being kidnapped and sold as polygamous brides to bear more children. When Rhine is kidnapped and sold as a bride, she vows to do all she can to escape. Her husband, Linden, is hopelessly in love with her, and Rhine can't bring herself to hate him as much as she'd like to. He opens her to a magical world of wealth and illusion she never thought existed, and it almost makes it possible to ignore the clock ticking away her short life. But Rhine quickly learns that not everything in her new husband's strange world is what it seems. Her father-in-law, an eccentric doctor bent on finding the antidote, is hoarding corpses in the basement. Her fellow sister wives are to be trusted one day and feared the next, and Rhine is desperate to communicate to her twin brother that she is safe and alive. Will Rhine be able to escape - before her time runs out?Together with one of Linden's servants, Gabriel, Rhine attempts to escape just before her seventeenth birthday. But in a world that continues to spiral into anarchy, is there any hope for freedom?

I'm not a huge fan of Dystopian novels that portray a negative future but I love these so much. Whilst it's not really paranormal, this series depicts such an interesting concept where humans have much shorter life spans. The first book is a great introduction and a mix of love and drama and fast-paced action with a great load of suspense. I still have the final novel to look forward to and have passed this series on to so many friends that have thoroughly enjoyed it. 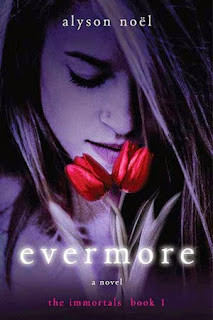 After a horrible accident claims the lives of her family, sixteen-year-old Ever Bloom can see people's auras, hear their thoughts, and know someone's entire life story by touching them. Going out of her way to avoid human contact to suppress her abilities, she has been branded a freak at her new high school — but everything changes when she meets Damen Auguste.

Damen is gorgeous, exotic and wealthy. He's the only one who can silence the noise and random energy in her head - wielding a magic so intense, it's as though he can peer straight into her soul. As Ever is drawn deeper into his enticing world of secrets and mystery, she's left with more questions than answers. And she has no idea just who he really is - or what he is. The only thing she knows to be true is that she's falling deeply and helplessly in love with him.


I read this series a good few years ago, but it was definitely one that I loved and impatiently awaited the next installment. Ever is such an interesting and captivating character and the reader immediately falls in love with her world. Damen is also such a great book boyfriend and their love story is one of my favourites. There's plenty of heartache and drama but the whole series is so endearing. 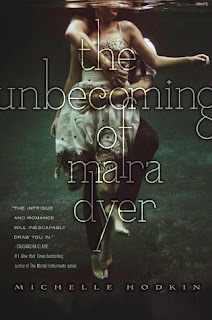 Mara Dyer believes life can't get any stranger than waking up in a hospital with no memory of how she got there.It can. She believes there must be more to the accident she can't remember that killed her friends and left her strangely unharmed. There is.She doesn't believe that after everything she's been through, she can fall in love. She's wrong

I read the first installment last summer and can't wait to read the next ones. This was such an original story and one of my favourites yet. Mara can kill with the power of thought but suffers from this infliction.There's a subtle romance present but it's also quite a dark story without being disturbing. It has everything you want in a novel and even older adults would enjoy it. Read my full review for this book here. 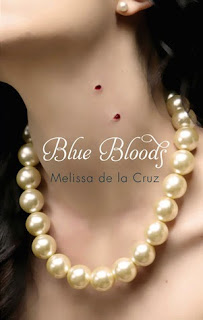 When the Mayflower set sail in 1620, it carried on board the men and women who would shape America: Miles Standish; John Alden; Constance Hopkins. But some among the Pilgrims were not pure of heart; they were not escaping religious persecution. Indeed, they were not even human. They were vampires.The vampires assimilated quickly into the New World. Rising to levels of enormous power, wealth, and influence, they were the celebrated blue bloods of American society. The Blue Bloods vowed that their immortal status would remain a closely guarded secret. And they kept that secret for centuries. But now, in New York City, the secret is seeping out. Schuyler Van Alen is a sophomore at a prestigious private school. She prefers baggy, vintage clothes instead of the Prada and pearls worn by her classmates, and she lives with her reclusive grandmother in a dilapated mansion. Schuyler is a loner...and happy that way. Suddenly, when she turns fifteen, there is a visible mosaic of blue veins on her arm. She starts to crave raw food and she is having flashbacks to ancient times. Then a popular girl from her school is found dead... drained of all her blood. Schuyler doesn't know what to think, but she wants to find out the secrets the Blue Bloods are keeping. But is she herself in danger?

This series is best described as a paranormal Gossip Girl style. I can't remember too much in detail as I read these so long ago but it was around the Twilight era and they were definitely superior. The vampire take is original and interesting and it has your usual YA genres intertwined and a great inclusion of suspense and mystery. Would definitely encourage anyone who likes vampire/paranormal novels to give this a go.