REVIEW; I Am Pilgrim, by Terry Hayes 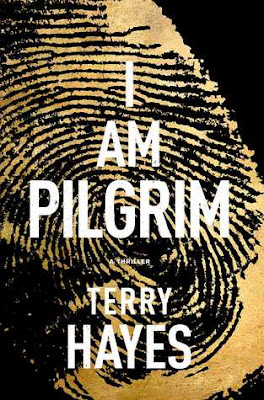 Pilgrim is a top secret agent, set out for retirement to lead a normal life, under the radar. Brought along to comment on a murder scene, he sees more than anyone else, and finds himself swept up into the investigative world again.
Meanwhile, a Saudi-Arabian man is plotting against the world and fabricated an expert plan to eradicate America.
Can Pilgrim solve the crimes and stop him? Or will the hunter become the hunted?

This book!!
Firstly- it's extremely hard to write anything about this without giving things away, but with how sparse the blurb of the book is, it leads you nearly blindfolded into the depth of the story so I really don't want to spoil it for others.

I'm at a total loss as to where to even start with this one. At being 889 pages long in the paperback version, it's definitely a wrist-ache but totally worth it - it was a story to get utterly lost in.

Pilgrim: Code-name for our main character, Pilgrim. He is a legendary secret agent in the top levels of security, with intelligence and skill like no other. Assuming different identities throughout his life, no one is really certain of who he really is. I loved how the story was told through his eyes; getting inside the mind of a natural investigator as he picks up minor details of the state of a room to conclude to momentous reasoning.


Pace: This book is long but just right. There are four parts to it:
The pacing in this is executed brilliantly. The reader gets an insight into the past of both crucial characters and witnesses pivotal scenes that shape their character to lead them to their current choices and decisions. The breakdown of the story into 4 sections helps the intake of the story- the huge quantity of information is put forward in a more enticing way that enables the past/present flow naturally together in a seamless progression of events. Even though the setting/time often changed from chapter to chapter, it was simple still to follow what was going on.

Writing: Hayes' writing is captivating. Every word appears to be chosen carefully as the passages are succinct and have punch. There is no stream of consciousness or meaningless chatter/waffle that plagues so many stories. There are also subtle hints intertwined that help the reader follow along the path of Pilgrim's mind, without any neon flashing signs pointing to evidence - there's no insult to the intelligence of the reader needing everything explained. In saying that, yeah, there were some repeated phrases here and there or similar descriptions for things - but in 900 pages of course there'll be some repetition!

Story: Again, I don't want to give much away - half of the success of this novel for me was not knowing where it was going to lead me. But this was one hell of a story. It was so well thought out and constructed, with back stories and thought processes and intertwining plots and conclusions that all fitted together like a jigsaw when moments before things seemed totally irrelevant or unrelated. Hayes' doesn't hold back with the imagery either- warning, not a book to be read when eating!!! But it's all effective, it's a scary book in one way as it's so easy to see (and even understand possibly) how one can come to the mind-frame of seeking revenge and how a plan so huge and detrimental can be orchestrated by an individual.

I can't remember when I last read a book this good. So many lately have been 5 star reads and this just supersedes them completely. I'm in such book-mourning and urge everyone and anyone to try read this. The second half is definitely a lot more exciting than the first- down to the story developing compared to more of a background lesson - but definitely worth the time to read.