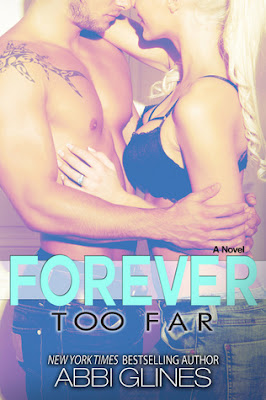 Blair and Rush want their happily ever after with their perfect family. But no matter what they do, something always thwarts their plans.

Blair thinks that finally all the drama is behind them and that her and Rush can finally live their life.

But torn between his family and his family with Blair, Rush can't seem to please either side no matter what he does, causing more drama. Every attempt at pleasing one, results in the sadness of the other. Can Blair and Rush have a happy ending? Or was their love doomed from the beginning?

Story: I'm not really sure all of this warranted a full novel. It mainly followed Blair with her pregnancy and Rush being always sidetracked by Nan's desperate attempts for attention. To begin with, obviously the drama was needed by Rush going off to help her, but he had more than enough warnings that putting Nan first was harming Blair. He should've manned up and given Nan a good talking to much sooner. She was a massive bitch and although she needed help, Rush treating her like a fragile being wasn't helping her in the least.

After reviewing the previous two books, there's less to really comment on aside from the specific story. I think this was an appropriate ending and had suitable drama to keep my attention and still remain a decent read. I read all three back to back so the overall story just seemed like one long one and they did all blend quite seamlessly.

It's the final installment of Rush and Blair's story. If you've started the series, I'd definitely recommend finishing it. Fallen Too Far is probably the best of the three, but overall, it's still a fantastic and gripping series and you will fall for Rush and Blair!