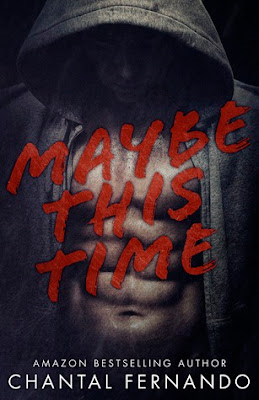 19 y/o Summer travels to live with her 18y/o half brother, Xander. Having lived with her mother speak badly both of her father and him, Summer wants to get to know him properly.

But living in his world comes with risks and Summer enters a whole new life of drama. Surrounded by older men that fight, Reid Knox is one that catches her attention, but she knows he spells trouble.

All of them are harbouring a secret and won't let Summer in. As she delves deeper and tries to gain trust and approval, she is met with resilience. But she is stubborn and falling for Reid, and she's not going down without a fight.

What did I waste a morning just reading?! 2 stars is a generous rating for this book and I'm baffled that it's rated so highly.

Summer: To begin with, I really liked her; she was stubborn and quirky and did her own thing. But then she quickly became an annoying clingy possessive child.
Before anything even happened between her and Reid she'd grill him and be all moody and annoyed with him - and she really had no right to. She allows Reid to treat her terribly, and lays it all on the table that she wants him from the get go like some desperate little girl suffering from puppy love. It's pathetic.


Reid: Victim of Insta-Love = I don't like him. Let's just build a picture here; he's some 23y/o that doesn't do relationships or get invested with anyone, but before he hardly even shared a word with Summer, he's whipped? Give. Me. A. Break. And then he see-saws between not wanting Summer to crawling into her bed at night because he "needs her," only to ignore her and push her away the next day?

Not to mention that there is zero chemistry between them and they lust after one another when they know nothing about each other! Reid drops the L-Bomb early on because she's the one. Bull! If you love someone you have a little more trust and respect than he had for her.


Xander: That's it tough brother - vow to hurt anyone that hurts Summer but you sit back and let Reid break her heart. Pfft.


Story: What story? There wasn't one. This was just a collection of poor dialogue between insecure, immature people creating drama out of nothing and making a big deal out of protecting Summer from their dark life and failing miserably but also it not even being that dangerous. Maybe a little kidnapping should've happened to actually make it seem dangerous? Oh, and then the one danger they're keeping her from, is actually innocent and harmless. Hurrah!


Characters: Xander is a fail. As is Jack. Don't like Reid. Jade seems pretty cool and like a good friend for Summer, shame she didn't appear earlier on. Ryan is borderline; funny and charming most of the time but an ass when it comes to his twin, Reid. Dash was a pointless character. Tag, meh. All were one dimensional and had no distinctive quirks or qualities, just full of unattractive angst.

I want to hit my head off a wall. It's just such a frustrating, annoying book with no depth or story or any reasonable character. There were typos, character flaws, full of hypocrisy and the negatives far cloud the positives. Thankfully, I got this on offer for free on Amazon.