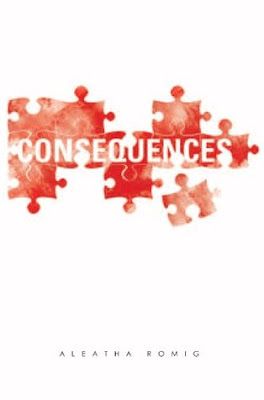 26 y/o Claire Nichols has been taken in by charming Anthony Rawlings. But after realising she accidentally signed her life away to live under his rule, it's too late.

Kept in his mansion, she is at his service to provide and please him as he sees fit. Appearance is everything to Anthony, and if Claire lets appearance falter, she must face the brutal consequences.

But Anthony seems to be warming to Claire, and when she believes she has earned her freedom by his side, she is unaware of what really lies ahead. All may finally seem content and well, but she must always be aware of the consequences.


This has been extremely hard for me to rate as I swing between "this was wrong" to "but this is why she did it." But ultimately it just... lacks. Lacks everything.

Characters: To start with, Anthony was a brilliant villain - suffering his own demons and being emotionally detached from everything and not feeling any remorse. Every time he did something awful, he upped it the next time round. Claire... Oh dear Claire. I don't believe her or her character. She was kidnapped and didn't really fight or freak out or have a breakdown. She, very quickly, took to wanting to please Anthony instead of planning her own escape. I couldn't feel sorry for her at all as she seemed so pathetic and a walk over. If someone kidnaps you, you don't just admire all the designer clothes you've now obtained and go visit the beautiful lake/pond. YOU PLAN AN ESCAPE! I know the point was that she fell under his spell and control and lived in fear etc, but that wouldn't happen in under 20% of the book when he has shown no remorse or kindness to her at all! He'd done NOTHING for her to see him romantically.


Writing: I never want to read about Gucci, Victoria Secret, Giorgio Armani and the like for a long time. We get it - Rawlings has money and Claire gets designer. We don't need to read chapters of her shopping trips and all the brand names again and again and again. That brings me on to the repetitive nature of this novel. From 10%-80%, nothing happened in this book. It went like the following; violent act, business meetings, trips to the woods, socialising, shopping, threats, violence, flying, meetings, socialising, shopping, undescribed sex, shopping, flying, socialising, violence etc etc. There was no character development and NOTHING HAPPENED.


Sex/Abuse: Whilst this wasn't meant to be an erotic story, any sexual act so much as a kiss, or any physical abuse such as grabbing her arm, were they were portrayed for a child to read. Now, maybe many don't want to read about characters being abused, but it was an imperative to this story and it was excluded. Regardless of reason, it had a detrimental effect, in that I didn't fear Anthony. Yeah, I read that he'd hurt her, but how? There was no shocking scene or even shocking words. It was all wrapped up nicely in a subtle bow with no detail and sidestepped like a taboo subject can be. I was waiting to be shocked and horrified by how ruthless Anthony was and feel for Claire and her suffering - but I didn't. Oh, he nearly kills her, but the reader misses out how. Was it by brute force of hand? Did he use a weapon? Strangulation? DETAILS! This is a novel that should portray Anthony in a fearful way, and as ACTIONS SPEAK LOUDER THAN WORDS the author decided to omit the actions. As for the sex... even when Anthony and Claire were getting along, there was hardly even a romantic kiss described as happening. How can the reader believe their love (regardless of if it's true) or passion? Claire at least was meant to have fallen for him, but we got no insight into that. !


Story: She had ample chance to escape but never took the opportunity and that I don't comprehend. There was little to no build up of suspense or tension throughout the main part of the book. The dull repetitive actions made me lose interest and I considered giving up. Whilst this isn't The Dark Duet series, it has been compared to it. I've read C.J. Roberts review stating the two aren't comparable as this is not sexual, but I still thought the horror, trauma and emotional roller-coaster would be mirrored. There needed to be more twists and turns and dramas other to what happened; and if not it could've been reduced in length significantly.


Ending: It definitely redeemed itself with the ending. Just a shame the whole novel didn't have that level of punch. We finally got to witness some of Anthony's cruel side, without just hearing vaguely about it or only witnessing his controlling side. But the whole story should have had that ruthless Anthony featured and a great ending can't hide the rest of the story.

I really am undecided about this. Some aspects that I disliked I can see the purpose of them being that way to highlight certain factors. But nothing can pass the fact that it didn't get me; I didn't feel fear or sadness or horror. Everything was too easily digested and a story like this shouldn't be. Disappointed.