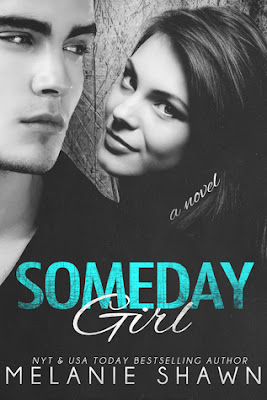 Cat Nichols, daughter of a famous actress, finally gets her escape to university. Free from the emotional blackmail and abuse of her mother, Cat meets a group of friends that openly accept her.

She also meets Jace, a barman who's hiding a troubled past and who wants to escape it all. When he sees Cat, he's instantly drawn into her, but knows he is the last thing she needs and to stay away.
But neither can deny the attraction they have, and when the finally get to know each other, demons from the past threaten to ruin everything they've worked for.

This is your typical straight-forward college romance novel:


It's a fairly average read. The writing is mediocre and the whole story is incredibly predictable with the same story line as every other new-adult romance novel out there.

Cat: She was sweet and yet held her own very well. She had grown up suffering from the abusive words of her mother and as a result, had incredibly low self-esteem and was unaware of her beauty. But of course, really she was absolutely stunning and all the guys wanted her. Including the one bad boy everyone loved.

Jace: He was a bit boring and so weak. He'd been in the war and so suffered from PTS etc. But as soon as a manipulative bitch walks into his life, he IMMEDIATELY choose to cut Cat off to take care of her. And it took him ages to listen to his real friends to see how wrong what he was doing was.

Romance: Mediocre is the only word for their romance. Both fall victim to instant love so that's the first negative. Then it all sort of whirlwinds at such a fast pace, which I find hard to believe as Cat was completely inexperienced and had some doubts. Meanwhile, Jace who doesn't do relationships, instantly changes his ways for Cat. It's just all too perfect. Even the little bit of drama that occurs, there's no suffering! Cat just accepts it and moves on; there's no angst or heartbreak as such. It just felt grey.

This is a fairly light read, there isn't too much drama but easy enough to get through. Probably best to read in between heavier stories. All in all, a cute fast read!