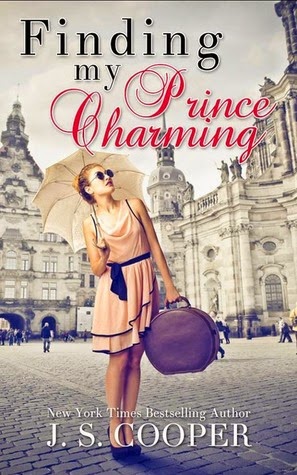 "Can a Playboy Prince ever be tamed?
When Lola Franklin decided to study abroad she never anticipated embarking on a whirlwind weekend romance with a hot guy before classes started.And she certainly never counted on the hot guy being her new professor. Or a Prince. Or the biggest asshole she had ever met.
Xavier Van Romerius is the playboy Prince of Europe and he loves his life. He doesn’t do relationships, and never wants to get married. But when he see’s Lola Franklin flirting with his little brother Casper, he realizes that maybe he needs to rethink his ideas about love before the wrong Prince gets the girl."

My Thoughts:
I couldn't even write my own summary for this novel as I DNF'd at 59% and it was painful.

Xavier: He sounded much better in the blurb but he was a total ass. And not the good "book boyfriend ass" that you love to hate but just completely unlikeable. He did not have one redeeming quality and treated Lola terribly for no reason. He calls her all sorts of names and just teases her cruelly. Not. Good.

Lola: One word- weak. I think she was meant to be portrayed as a strong woman who got swept off her feet by Xavier but it failed. She made such a big deal of not sleeping around and then fell so quickly under Xavier's spell and he wasn't even charming. A weekend romance would not blossom between two such people when one is absolutely obnoxious and disrespectful and she was nearly worse for putting up with it.

Characters: The characters in general were all awful. None had a strong backing or depth to them and none of them could be liked. Their personalities weren't defined or consistent in any way and so no attachment could be made.

Story: What story? This sounded so promising but it felt like a really, really poor first draft fan-fic by someone that had no concept of story building etc. I really don't know how this got published. There needs some major structure work needed and execution of plot. The characters need to be written as the age they are, not as immature children.

This is one of the first books I "read" that I could find no positive to. It was all just boring and painful and I struggled to get to the 59%. Such a shame as it sounded so much better but, oh well.