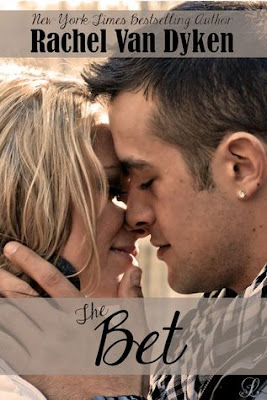 Kacey did not expect to be back at her home town after so many years, but childhood friend and now hottest Bachelor, Jake, has a proposal. His grandmother is ill and he needs to have a fiancé to prove he is ready to settle down and take on the family business. Kacey tentatively agrees but is hoping Jake's older brother Travis would not be around after he did nothing but tease her as a child and torture her in school. But now reunited as adults, she can't ignore the attraction of his smile or the chemistry they clearly have... meanwhile she is meant to be proving she's engaged to the younger brother.

This is a hilarious read. I didn't expect it to be so good!!! Told from three POV's, Kacey, Travis and Jake, we learn a lot about their past and the drama hidden between them all.

Kacey: Jake was the first person Kacey slept with and then he left without saying anything and she lost her best friend. That same night her parents died. You could say she's had it rough. Meanwhile, Travis always made her life hell. Little did she know that stemmed from him liking her as a child but always ruining his chances to impress her. Now she's back as a part of their family and the drama that ensues is hilarious! She has had a rough life and Jake's grandmother has always treated her as her own. She's meant to be there for the weekend to help Jake, but it's a weekend where she discovers a lot more about her parents and their death. My heart broke so many times for her! Jake had done a number on her and now she has trust issues... so of course she is hesitant when both brothers make a move on her.

Jake: He was a great character. A player whose last plan is to settle down and he has to try convince his family that he is marrying Kacey, despite having not seen her for years. The great thing was that he wasn't a character that was to be converted or changed. He was allowed to be the player and sleep around and wasn't shamed for it either - he was just allowed to be.

Travis: He was so sweet and had the patience of a saint. He loved Kacey since they were children and it must have hurt so much watching her with his brother believing they were getting married. I enjoyed reading the banter between them and watching their chemistry flourish.

Grandmother: She stole she show for me. She was absolutely hilarious. Never try to con a granny! She knew right away that Jake was lying to her but never really let on, all the while rooting for Travis to go and get Kacey. I loved her so much. She was so wise but cheeky and was getting the most action in the whole book by dating her neighbour.

This isn't a love triangle book in the conventional sense. It's clear where the real emotions and feelings lie and it's a beautiful quick read. There's a lot of heartache and drama so it's not all fun and laughter, but a great story regardless.