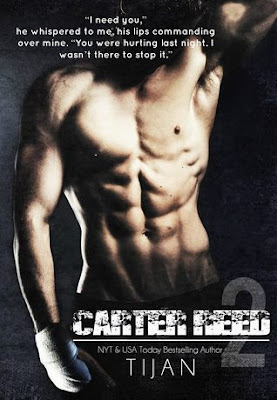 After thinking they had their happily ever after when Carter leaves the mob, he finds himself back involved as an old friend returns. But Emma’s life is in even more danger and she quickly gets tired of hiding away. Finding out more about her family, Emma wonders if she can ever have a normal life without putting those she loves in danger.

Meanwhile Carter is torn between stepping back into the Mauricio Family to help and protect Emma, or cut loose and face the consequences. As the threats get bigger, the war is beginning, and all wonder who they can really trust.

Despite having already reviewed the characters in the first book's review, there was more to comment on this time round.

Emma: Again, I loved her fight. She wants to be involved and has accepted her fate and knows what she has to do to remain by Carter’s side. But sometimes I wanted to strangle her myself. She’d been in that life for a year and still went into dangerous and foolish situations thinking she was helping and ignoring very clear instruction from either Carter or the bodyguards. It was like she was completely oblivious to the extent of the danger they were in. I appreciate that she didn’t let Carter molly-coddle her and treat her like an incapable child, but there were times where I wished she’d just accept help or care and take the back seat for once.

Carter: I liked at the start how much he cared for Emma and wanted to protect her, but his repetitive and constant denial to let her even learn to fight was just frustrating. Realistically, he should’ve jumped at the chance to teach her self defence back in the first book, knowing that at some stage she’d have to defend herself. Emma had murdered, it was clear she could handle herself to a degree and he needed to stop treating her like such a fragile child.

Story: I much preferred the story in this book. I liked how Carter was torn between the two worlds and having to balance his loyalty. The twist at the last 15% was a lot more of an exciting end than in the first book. The added plot of Emma discovering more about her family was a great additive to the overall picture, adding in clever opportunities for more twists and drama. There was so much more action and secrets in this that kept my attention a lot more than the first one.

This series has really confused me. I gave the first book 3 stars but yet I preferred the story in this one... but yet it wasn't a 4 star book. The characters' flaws annoyed me more, maybe because I'd put up with them for one book already so reading their negatives a second time round, I became less tolerant. It's made rating both books difficult as the first wasn't on a 2 star level so I can't reduce it. In the end, I guess I'm torn as both novels have positives/negatives. Either way, I'd still recommend them.